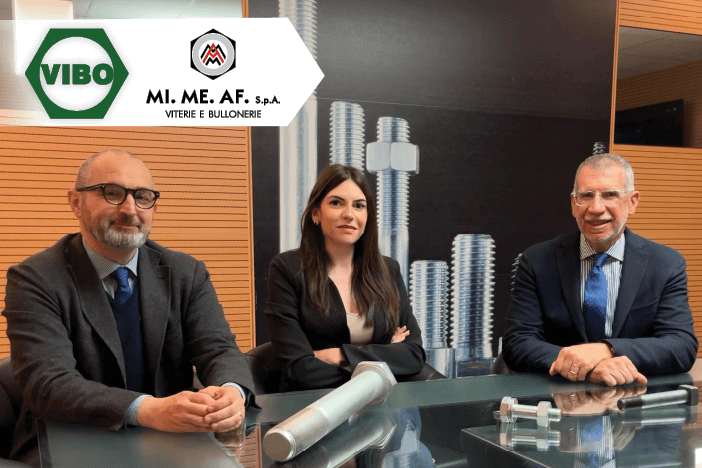 The company, with a turnover of about 6 million Euros per year, is recognized for the high quality and great ability to customize its products in the most varied sectors, from automotive to household appliances, from furniture to the locks and compressors sector.

The acquisition of Mi.Me.Af. SpA is just one of the operations that are part of Bontempi VIBO’s industrial growth plan, which has set itself the goal of achieving 80 million revenues by 2025.

The project, which concerns not only the Italian but also the European market, will be developed through targeted acquisitions of solid and innovative companies, thanks to which the Group will expand its production range reaching new strategic sectors.

After the acquisition of Fram in 2019, which allowed Bontempi Vibo SpA to increase production, now boasting one of the largest product ranges in Europe in the fastener sector, the company continues its constant growth, finding an outlet in new markets.

The strategy declared by Raoul Bontempi, CEO of Bontempi VIBO SpA, is to: "get out of the industrial dwarfism that has characterized Italian SMEs, to prepare the company to be increasingly a protagonist in the challenges that we will face in the fastener sector".

On March 16th of this year Bontempi VIBO also received the Cribis Prime Company as certification of its maximum commercial reliability, an award that was obtained only by 6% of Italian companies.

A trend that has been growing for three generations that of the Bontempi VIBO Group, which this year will celebrate its 60th anniversary together with its 150 collaborators.